With music, lyrics and a book by Lin-Manuel Miranda, the musical premiered Off-Broadway in 2015 before moving to Broadway and opening in London's West End in December 2017.

The Olivier award-winning London production opened at the Victoria Palace in 2017.

A open casting notice has invited singers who rap or dancers of all genders and ethnicities for auditions which will be held through to March and April. Rehearsals begin in September for a contract through to November 2021. 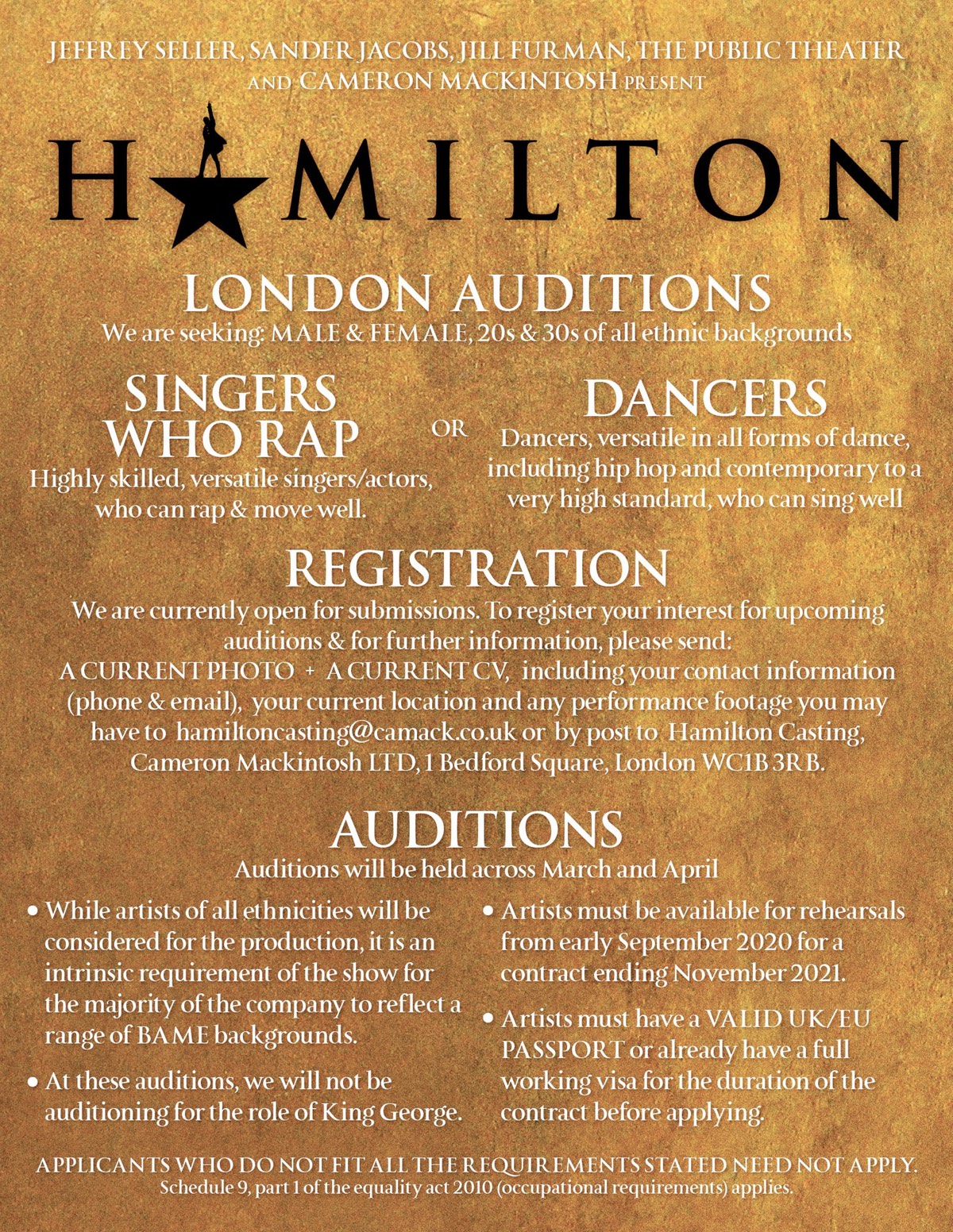 On the other hand, if you wish to just watch the show you can grab tickets here!

The standard performance schedule is Monday to Saturday at 7:30pm with Thursday & Saturday matinees at 2:30pm.