Grease is heading out on a new UK tour for 2019 – here’s the cast and all the dates.

Fresh from a run at the Curve in Leicester, the production is heading across the UK and Ireland this year.

One of the world’s best known musicals, Grease tells the story of the students of Rydell High School. It features the classic songs Summer Nights, Greased Lightnin’ and We Go Together.

The new touring cast of Grease will star Peter Andre in the role of Teen Angel at selected performances while Strictly Come Dancing contestant Ore Oduba and Irish songstress Samantha Mumba will also share the role.

Samantha Mumba will appear in the role of Teen Angel from 17 – 23 September at Bord Gáis Energy Theatre, Dublin.

Making up the rest of the cast will be Dan Partridge as Danny, Martha Kirby as Sandy, Louis Gaunt as Kenickie and Rhianne-Louise McCaulsky as Rizzo.

Completing the cast are Thea Bunting as Cynthia, Emily Beth Harrington as Carly, Jonathan Hermosa Lopez as Bobby, Dom Hutcheson as Mickey, Ruby May Martinwood as Sofia and Lindsay McAllister as Donna Sue. 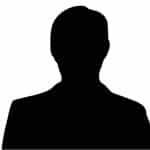