Come From Away London cast, tickets, plot, running time - all you need to know!

Come From Away in the West End 2019 - current cast, best tickets and theatre

Come From Away has landed on London's West End for 2019 - here's all you need to know.

From the current West End cast of Come From Away to the latest and best ticket offers, here's everything about the show.

With a score and book written by Irene Sankoff and David Hein, Come From Away has proved a huge hit on Broadway and across North America.

Now you can catch the show live in London's West End in 2019.

The award winning play shares the touching real-life story of the 7,000 air passengers from all over the world who were grounded in Canada during the wake of 9/11, and the small Newfoundland community that invited these ‘come from aways’ into their lives.

The incredible tale follows how uneasiness turned into trust and music soared into the night, gratitude grew into friendships and their stories became a celebration of hope, humanity and unity. 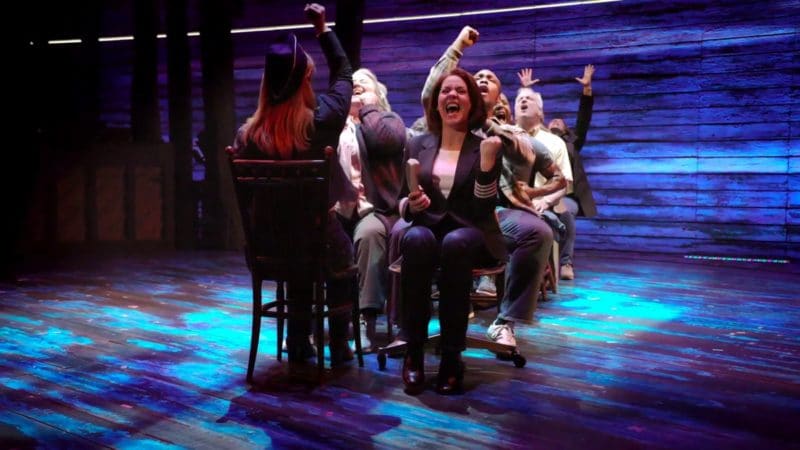 Come From Away West End theatre, booking and running time

The show is currently playing at the Phoenix Theatre on Charing Cross Road, London, WC2. The nearest tubes are Leicester Square/Tottenham Court Road.

The musical opened on Wednesday 30 January 2019 and is currently booking through until 14 September 2019.

It has a running time of 1 hour, 40 minutes with no interval.

Tickets for Come From Away in the West End are now on public sale. Costs range from £12 to £150.

Performances Monday to Saturday at 7:30pm with Wednesday & Saturday matinees at 2:30pm.

Book Come From Away tickets here

There are offers for both Day Seats and Rush Tickets. There is a limit of 2 tickets per person.

Front row Day Seats cost £20 and are available in person from the Phoenix Theatre box office on the day of the performance from 10AM, subject to availability.

Alternatively, a limited number of £25 Rush tickets will be available from 10AM in the TodayTix app. 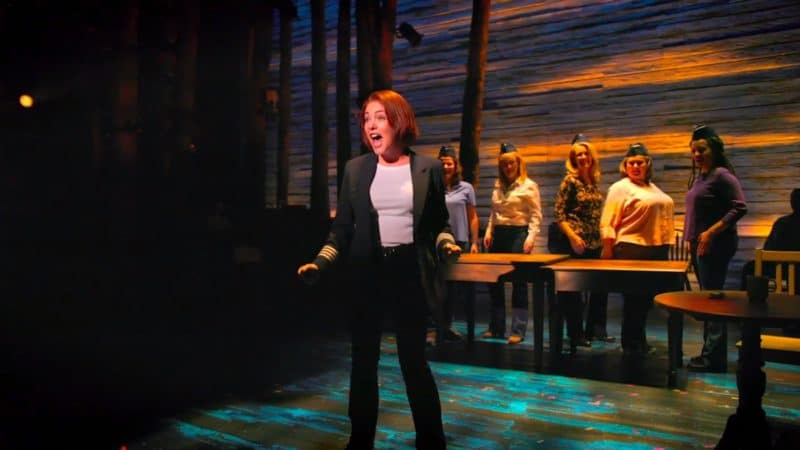 Rachel Tucker, who previously played Elphaba in Wicked on both the West End and Broadway, plays pilot Beverley Bass and others