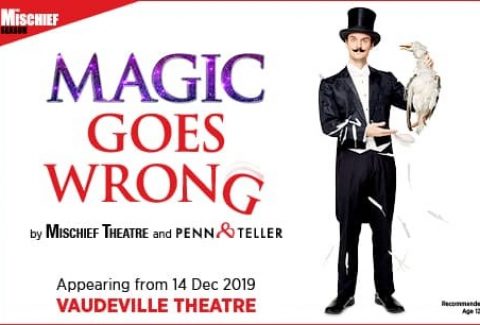 In the next ‘Goes Wrong’ comedy to hit the West End, the original Mischief company play a hapless gang of magicians presenting a charity event.

As the accidents spiral out of control, so does their fundraising target!

This show is recommended for children aged 12+