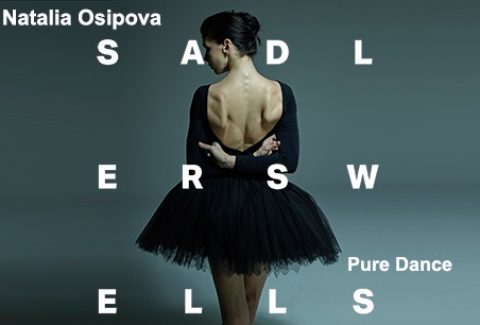 Valid all performances except 26 October evening.

The Royal Ballet principal will dance a handpicked programme of classical and contemporary works, including Antony Tudor’s The Leaves are Fading and Roy Assaf’s newly extended Six Years Later, alongside three pieces that have been specially commissioned for this programme, duets by Alexei Ratmansky and Iván Pérez, and a solo by Yuka Oishi.

Osipova will be joined on stage by a very special guest, American Ballet Theatre principal David Hallberg, who will also perform a specially commissioned solo by Kim Brandstrup.

Just announced, the eclectic programme includes a new duet, Left Behind, choreographed by Jason Kittelberger and danced by Osipova and Kittelberger. Inspired by the emotional quality of its Rachmaninov soundtrack, the duet explores the notion that a person’s effect on a life can never fully be understood until that person is gone. Kittelberger also appears alongside Osipova in Israeli choreographer Roy Assaf’s Six Years Later – now extended for this year’s programme.

Children under 5 will not be admitted.

Under 5s are not admitted to this event. Contains themes of an adult nature, including brief scenes of simulated drug use.