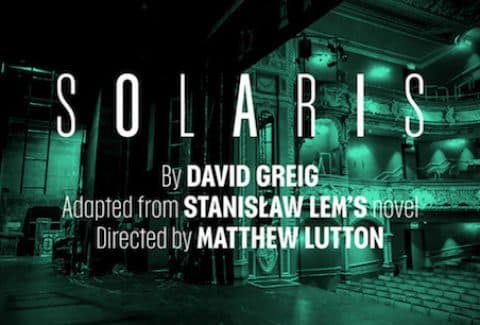 Sci-fi thriller Solaris at the Lyric Hammersmith for 1 month!
From £18.00
Book Tickets

★★★★ "Immensely cinematic. Unlike anything else currently on in London" (The Upcoming)

On a space station orbiting Solaris, three scientists have made contact with a new planet.

Sent from earth to investigate reports of abnormal activity on-board, Kris Kelvin arrives to find one crew member dead and two who are seeing things that cannot be explained.

When her dead lover appears to her, it seems she too has fallen victim to the mystery of this strange planet. Should she return to reality, or is this her chance to turn back time?

This psychological thriller asks who we are when we’re forced to confront our deepest fears.

This production is recommended for ages 14+.